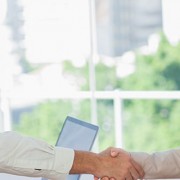 The world is changing rapidly and the world of business is no exception. What excites me greatly is the pace of change (which is not slowing down). In fact it is growing at an exponential pace with no let up. There is hardly a day that goes by where there are not exciting new developments, breakthroughs, or reports of changes that are only just being understood and hence, reported well after they happen. Some of these changes are positive, some are not so positive, and some – well it depends on which side of the fence you sit on, or what your perspective is.

Never has it been so true that if you don’t change, you aren’t staying still – you are going backwards, and each day you don’t make progress you are falling behind at a faster rate than ever before. There are many industries that have been disrupted and many that are well on their way. Look at print media which is transforming towards online. Everyone can now be a publisher (online), a video creator (YouTube), and everyone can be a taxi driver (think Uber).

Is your industry being disrupted? Is it about to be? 12 months ago in Australia who would have thought that the taxi industry would be where it is now and where it is heading? It’s very likely that taxi licence values will plunge everywhere. Sure there are regulations in each state, but in an over-regulated industry that used to charge you 10% more for using a credit card, and has a poor value proposition compared to Uber, you can’t keep regulating inefficiency and you cant legislate against public demand.

Are you locked into old belief patterns, or suppliers or customers who are not changing their practices compared to the competition? Is disruption slowly creeping up silently? Could these factors be holding your business back?

Three years ago I saw an emerging business problem and it had started as a trend post GFC and one I believed was not going to go away. What I didn’t know then (but know now) was here were not one, but FOUR levels of disruption on their way.

First the GFC had forced companies to cut costs and part of that meant building internal recruitment teams. Voila! The market shrunk from some 60% available to agencies in 2008, down to some 5-10% by 2012.

Secondly, the market dynamics changed with stiffer competition from larger corporates forcing smaller players out of the volume end of recruitment work. This coincided with the third level of disruption with technology developments and growth in social and other media. This created disintermediation – the process of more direct client and candidate interaction resulting in agencies being cut out of the value chain.

The fourth disruption has been offshoring of many local jobs (eg drafting, engineering, finance, back office etc) to the clients’ international offices in places such as Manila, Jakarta, Shanghai, and Mumbai, where the cost of labour is a fraction of that in Australia.

Interestingly, disruption can be itself disrupted! The fourth disruption has caused job losses locally and internal recruitment teams have been slashed as recruitment functions are sent offshore.

The moral of this story as that disruption is here to stay. What matters is how we respond to it, or how we can capitalise on disruption by creating it!

Next article: How a disrupted business became a disruptor!

Employee turnover costs and how to avoid them

Job advertising: how to market jobs and win top talent

Why cutting down hiring costs doesn't make it cheap

How to avoid bad hires and poor decisions
0 replies

Want to join the discussion?
Feel free to contribute!

This site uses Akismet to reduce spam. Learn how your comment data is processed.

How a disrupted business became a disruptor!

Recruiting in Adelaide
Scroll to top